The Flu Took My Soul 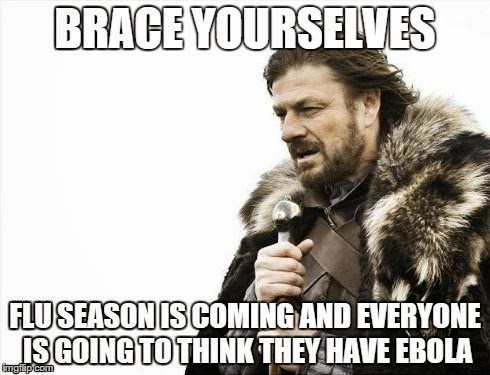 You won't believe this, but I have the Flu or was that Ebola. Yeah, I was attacked last night. That bitch snuck up on my ass in the dead of night and stole my soul. I thought I was going to die at first but then it tapered off this morning. Now it just feels like a bad cold. It sucks! But on the lighter side, I probably lost  about 10 pounds. 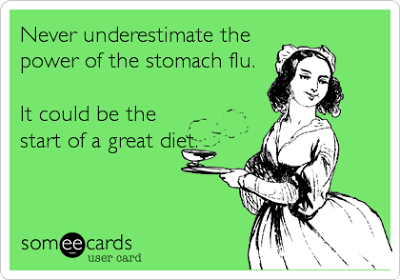 I haven't had the flu in years. I never got the flu shot either. They said the shot is useless this year because the flu mutates so quickly. Anywho, I can't wait to get this shit over with. 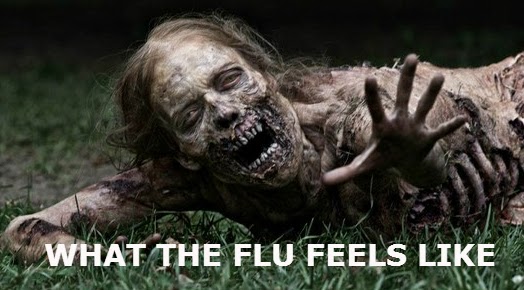 David will be getting his week off in about 2 weeks from now for the Christmas shut down. Hope he doesn't get the flu. When he gets sick he is the opposite of the usual norm. Most men act like it's the end of their world when they get the flu or just a cold. They whine and cry and want you to care for them. 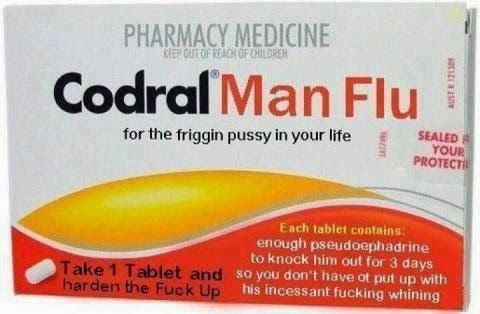 David tends to go out and rake manly leaves or fix manly things. I want him to stay in bed and rest when he's sick. He watches manly TV or goes to Home Desperate and passes it on to other manly men. Yes, he's the Typhoid Mary of manly men. Hells Bells, he probably won't even tell me he's sick.

Labels: David gets manly man sick, flu, I want to be Abby Normal again, like a zombie, lousy way to lose weight, this shit sucks

I'm certain the ONLY positive to the flu is the weight loss. I caught it either on the plain or in the airport coming back from a vacation. Taking a 3rd week off work in isolation was the opposite of fun. Sleep happened though. May you catch many Zzzzzz.
(And your David sounds like my Rob lol)

hope you feel better soon. my husband acts like he is dying when he sneezes let alone if he gets the flu.

There is a time and a place for bleach and this is one of those times. Bleach everything you touched in the last 72 hours.

The flu sucks...except for the whole weight loss angle. Being that your man goes around spreading the flu like the Outbreak monkey, I would hope that he doesn't come down with it.