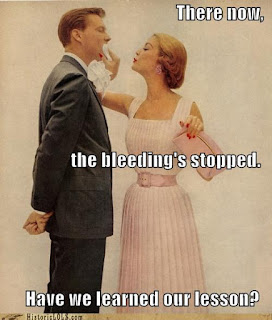 Last Saturday, while I was stuck in bed going through a flare, David was rummaging through the refrigerator looking for something to eat. He does that once in a while and then he comes whining to me there is nothing edible in the house. I go to the fridge and pull out leftovers or sammy(sandwich) fixings. Well this one time I was hurting way too much and I told him to go to HEB to get bologna and cheese and whatever his heart desired but just leave me alone.
Well, yesterday I went to feed my sourdough mix because I was going to make a couple of loaves of bread but it was gone. The crock that I kept it in was in the refrigerator but it was not there. I looked everywhere but nothing. I was so mad because I know there is only one person who could have destroyed my culture and that person was at work. So I called the culprit and asked if he by chance came across my sourdough mix. Yes, he did, and he said he took it out and put it on the counter in the kitchen and forgot about it. He had taken out everything in the fridge and put it on the counter and then forgot to put the mix back. He never thought anything of it until Monday morning. He saw it on the counter and threw it out in the trash and washed the crock and put it in the cabinet. He figured it was no good anymore. That makes the third sourdough mix he has thrown out. You would think he would listen and learn. He was hoping I wouldn't notice. Well, I do notice when he does shit in my kitchen.
SO, yesterday was a good day and I started the starter mix all over again. Labeled the mix crock and set it on the baking rack where I keep my baking shit. I am on my second day of feeding it so by next weekend I should be back to making my sourdough bread. I hope.
Blessed Lammas and all y'all have a magical day.
Posted by Leanna at 11:34:00 AM

When hubbies do things like that you do want to make them bleed.......at least a little bit.

Never done a sourdough starter. But my hubby does pretty good when it comes to domestic skills.
Coffee is on

I would stick a YUGE label on the crock - TOUCH THIS AND YOU DIE! but that's just me.

what anne marie said. you'd think that since he eats that sour dough bread he's be a little more cognizant.

Anne in the kitchen said...

At least he can move things in the refrigerator. TheHub is incapable of moving items and unless it is at the front of the shelf and completely visible, it does not exist

see?..that's why I'm single...well that and the fact that I pick lousy husbands.

Well, at least he washed the crock and put it away. In yester-year, MHN would have left it on the counter and professed ignorance - "I didn't know how that got there".

My wife complains about my shopping when I am alone. It seems that things like deviled ham and Fritos jump into my basket. Other than that she leaves food pretty much alone. I would comment more but I have to prepare supper.
the Ol'Buzzard

Crossing fingers he keeps his hands out of it! LOL!